Mr. Underwood from "The Rule of Naming" by Ursula K. Le Guin

The Word as Spell: a simple tool and replacement magic system for your game.

Where does magic come from?

Two of my favourite magical moments growing up were depicted in the battle between Merlin and Mim in Disney’s The Sword in the Stone and Festin trying to escape Voll’s dungeon in The Word of Unbinding.

I am less interested in the notion of magic users hurling fireballs at each other than I am magic users trying to outsmart one another through deception by conjuration.

In my opinion, there is something inherently lacking in ttrpg magic systems: I want to emphasize the idea that magic users are learned and eccentric, carrying books, scrolls, and esoteric library cards. As such, I propose a simple card sized tool to replace conventional ttrpg magic systems; an opportunity for the player to collaborate with the GM to reform the world through wit, imagination, and use of language.

Inspired by cut-up literary techniques of the DADAists; the modernist use of “found objects” and collage; and the world building in Ursula K. Le Guin’s “Earthsea” works.

This is purely a thought experiment, and is inherently ultra light on the rules department, but one that has provided for some interestingly poetic spell phrases. If you use it in your solo game or group game, let me know, I'd love to hear about it!

**slightly elaborated (for clarity) rules from the card**

Make cuts in the card as suggested, and use as a viewfinder with found texts. Scratch out the chosen words to avoid repetition and reliance on tried words and combinations, endless invention, problem solving, and creativity are the goals here.

Players may only use found words. A common trope in fantasy is the witch or wizard that scours old texts for useful information, and this is no different, in addition to dice and paper, wizards must bring sources from which to conjure. Do you desire mastery over beast? Bring a bestiary. Does your party need to eat? If only you had a cookbook to manifest from.

Simple, single word spells can be found in texts quickly, but may be too imprecise to use effectively; alternatively, complex, more specific spells, can take longer to source. Simply finding and casting the word “death” may not be specific enough, you will need to modify it creatively.

Players may mentally prepare in advance of a session by perusing sources for text and bringing them to the game. They may also make as many spells on the fly as they want. Set an agreed upon timer for spell searching in combat.

*alternate rules: use the viewfinder to trace words, cut them out, put them in a bag, pull them out and assemble them into a spell, use creatively. You may be a magic user, but not necessarily a good one; you draw from the deep sources of magic around you, sometimes “channeling” can be unpredictable. Fill a bag with words between play sessions and draw upon them when needed.

The pdf is formatted for 90mm x 50mm business card, I printed a simple maquette with my desktop printer with setting on actual size and centered and it worked perfectly.

Thanks so much -I'm glad you like it! Let me know if it ends up being useful!

I adore how you gameified this. Thinking through the type of scouring fantastical wizards will do with such a wonderful tool - I love it

You are too kind -Thank you!

A lovely redditor asked me some questions about the admittedly vague ideas presenting in my jame submission and I explained myself at lengths about inspiration and intention, check it out if that interests you: r/solo_roleplaying : Word as Spell

This looks like a great idea! Reminds me of an rpg where you use a dictionary as your spellbook and rip pages out as you use them. Forgot what it's called.

Hi! Thanks for looking! That sounds like a really interesting idea too! I'd love to check that out if you can remember the name of it!

My jaw actually dropped for a moment with how incredibly clever this idea is. Outstanding!

Oh that is incredibly kind of you! I've never tried writing any "rules" (we'll apply that name loosely) before, I've usually thought about styling other, established systems only. This has been a pretty encouraging experience as far as maybe trying to design my own game entirely. Thanks so much for the feedback! 🙏🏼☺️

Oh, and sources for my examples include:

"The Doors of Perception" by Aldous Huxley, Harper & Brothers, 1954 edition. 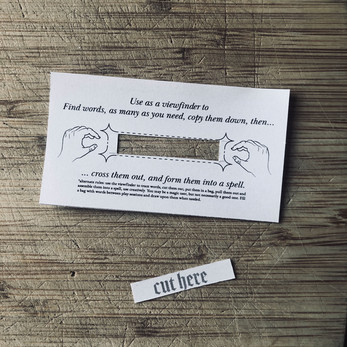 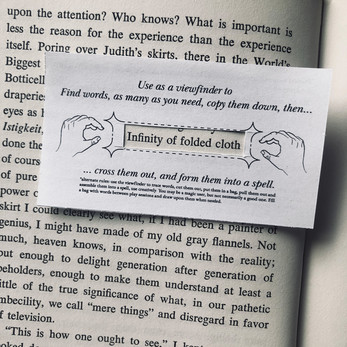 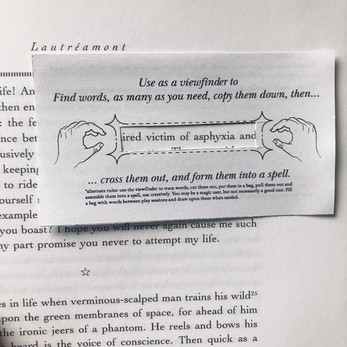 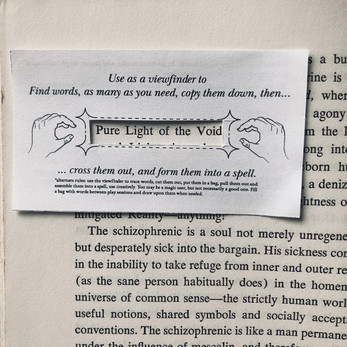 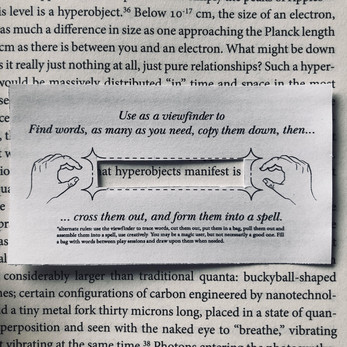 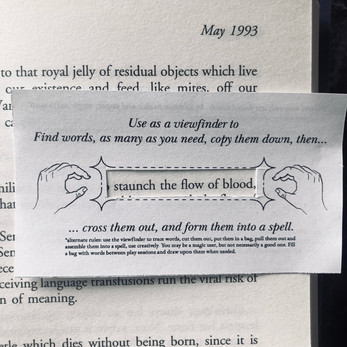 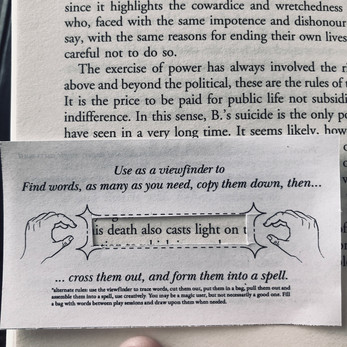